HOME > Event Report > The Charity Bazaar is Over

The Charity Bazaar is Over

We would like to announce that, our bazaar for Supporting the sufferers by the disaster at the Leyte Island in Philippine had finished in the end of February. We had many people bringing their things and also we had many people visiting our bazaar to contribute for the support. One of the participants had mentioned that “It’s very nice to buy a products that I need, and at the same time, being able to contribute to support the victims of Philippine Typhoon…” and also we got multiple positive comments on it. Additionally, we also got financial support not only by Japanese Yen but also by Pilipino Peso.

Also we would like to thank all the participants for contributing in funding. We are thankful for all the supporters. We had total \103,076 (\22,036 was only for donation), during this charity. We had given the money to the Roman Catholic Church Kawaramachi on 3rd March. This charity will be used for the food and living expenses for the Pilipino sufferers. We are hoping that the Typhoon victims will be able to overcome their problem and re-start their life as soon as possible.
We would like to thank all the contributors for supporting. 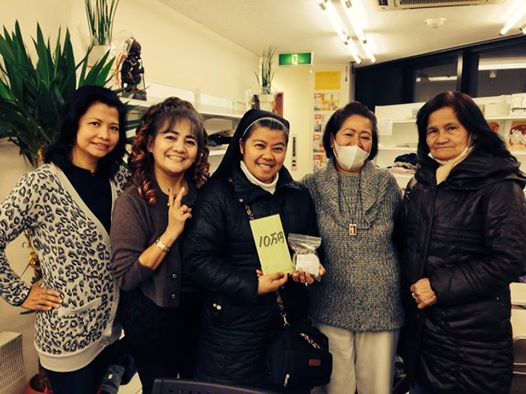 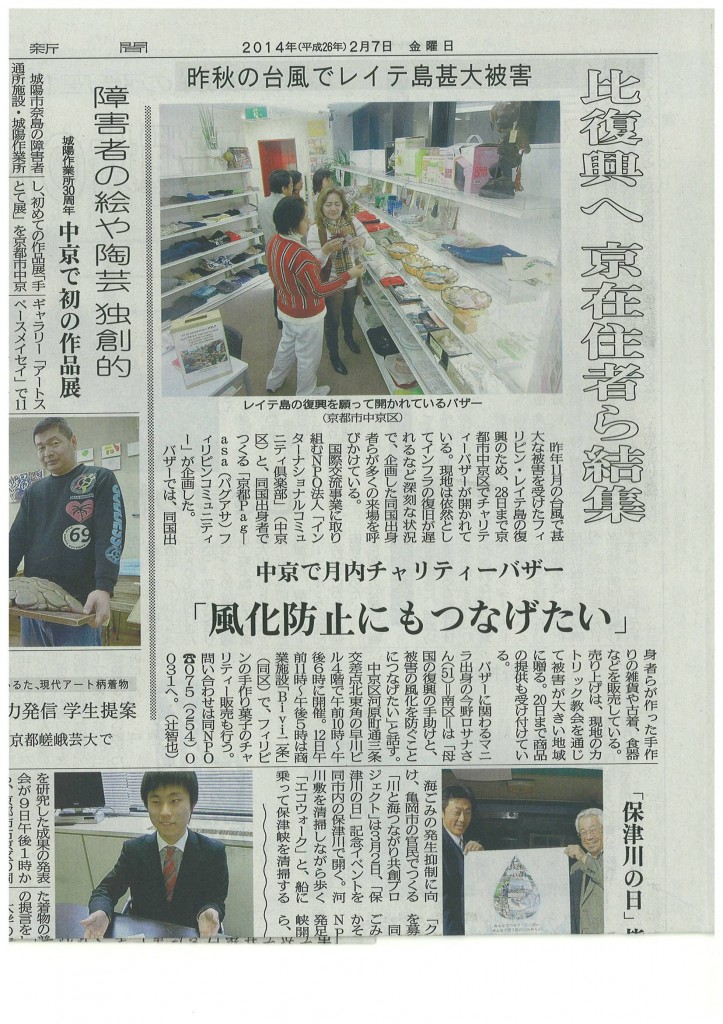 Have English and Chinese Speaking Staff

Enrich Your Life in Kyoto
Got Questions?